God isn’t looking for “super-saints” as much as He’s looking for humble and honest ones. (1 John 1:5-10) The month prior to going to Israel I have to admit I had a continuous battle with anxiety – something very unusual for me!

What was I anxious about?  Everything!

Oh my – the enemy and my brain were both really messing with me.

To battle the anxiety the Lord introduced me to a song by Jason Upton covered by Juanita Bynum called Psalm 23, which of course uses the lyrics from the famous Psalm.  Even upon landing in Israel I found myself needing to listen to that song over and over and over again to calm my nerves, and my soul.

God gave me peace through that song and allowed all the circumstances I was so worried about to all work out flawlessly, and without a problem.  Again He proved in my life that He is faithful to handle the things that concern me.

As a beautiful reminder of His care to lead me beside still waters, I realized a few weeks into my journey that the green pastures He had arranged for me to stay at during my first 6 months in Israel had the street address of 23. The picture on this post is the front gate.

What a joy to realize that, and be continually reminded that the Lord is our Shepherd, and we shall fear no evil! 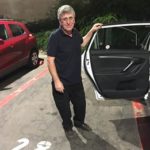 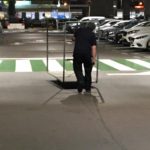 Making a Way in the Desert

My plans were set.  Two friends were going to be in Jerusalem for November and I would rendezvous with them on the 13th and have two weeks to find a place to live in Jerusalem.  I’d made those plans months before and there was no reason to think there would be another plan. Not until two weeks prior to my departure date that is. I received an email. It turned out there wasn’t an extra bedroom in the apartment the women were renting.  At first a twinge of anxiety rose up in me.  My plans!  What was going to happen? To fight back fear I looked to the Lord and declared “you have something better in mind!”

How difficult it is for some of us when the plans we plan don’t go as planned?  Is it hard for you?  It sure is hard for me!

I exercised self-control and turned away from anxiousness and towards the Lord. I connected with other friends in Jerusalem and had some alternative housing lined up – albeit small and expensive.  When I told a friend of my new predicament she asked me “did you pray about it?”  Resistantly, I said “NO!”  I don’t want to pray about it!  My plans were set.  I was going to Jerusalem!

Repentantly I agreed to pray about the situation and ask the Lord to change my heart if He had other plans for me. Immediately I was reminded of the Scripture verse in Isaiah 54:2-3  “Enlarge the place of your tent, stretch your tent curtains wide; do not hold  back; lengthen your cords, strengthen your stakes; For you will spread out to the right and to the left; your descendants will dispossess nations and settle in their desolate cities.”  I read on to Isaiah 55:8-9 “For my thoughts are not your thoughts, neither are your ways my ways,” declares the Lord. “As the heavens are higher than the earth, so are my ways higher than your ways and my thoughts than your thoughts.”

As I read these passages the Lord spoke loud and clear and I responded in faith. He reminded me of an offer that I had previously rejected, because my plan was “I was going to Jerusalem.”   He wanted me to go to Arad, Israel in the Negev Desert instead of Jerusalem and house/dog sit for some friends who would be away for 4-5 months.  The Lord wanted to bless me with a nice house, a quiet place and a time of solitude and prayer as I entered into the Land of Israel. Again I delighted in the Lord and His plans which are so good! I sought counsel from other friends and all were excited about this new development.  This confirmed God’s perfect will and my excitement grew as I pondered all the blessings that would come as a result of my obedience to follow His plan.

He was doing a new thing; now it was springing forth, do you not perceive it? He was making a way in the wilderness and rivers in the desert. – Isaiah 43:19