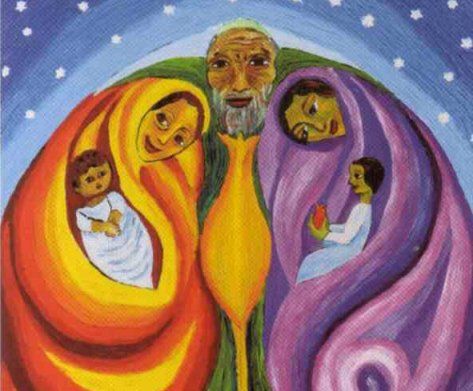 SEED OF ISHMAEL AND SEED OF ISAAC

THE TALE OF TWO BROTHERS

We live in a time of unprecedented evil. Good is being called bad and bad, good. Terrorists murder people every day. There are wars, rumors of wars, earthquakes, and famines. Christian and Jewish persecution is at an all-time high world-wide. As we witness these end-time “birth pains” (Matthew 24:8) our focus must be on the Word of God.

As a Jew who lives in Israel, we are constantly on the brink of war; war with the Palestinians, Iran, Hamas, Hezbollah, and of course ISIS, as it moves through Iraq and Syria seeking someone to devour (1 Peter 5:8). In general, the people who come against us are of Arab descent.

It’s interesting that Arabs and Jews are brothers, the seed of Ishmael and Isaac.

Where did this hatred and conflict come from, and how can we combat it today?

Let’s look at passages from the book of Genesis to try to unravel the conflict.

In Genesis 15 God says to Abram: Do not be afraid, Abram. I am your shield; your reward will be very great. 2 But Abram said, “Lord God, what can You give me, since I am childless… 3 Abram continued, “Look, you have given me no offspring, so a slave born in my house will be my heir.” 4 Now the word of the Lord came to him: “This one will not be your heir; instead, one who comes from your own body will be your heir.”

When we get to Genesis 16 Sarai had born no children to Abram, so she came up with a plan for her servant Hagar and Abram to have a child. When Hagar conceived she became proud and hateful to Sarai. I believe this is where the struggles began.  Sarai began treating Hagar so harshly that Hagar ran away. The angel of the Lord appeared to Hagar in the wilderness with these instructions:

9 The angel said, “Go back to Sarai and be her slave. 10-11 I will give you a son, who will be called Ishmael, because I have heard your cry for help. And later I will give you so many descendants that no one will be able to count them all. 12 But your son will live far from his relatives; he will be like a wild donkey, fighting everyone, and everyone fighting him.”

This prophecy is exactly what we see today. Not only do the Muslims (the religion adopted by most Arabs) fight Christians and Jews, they fight each other!

In Genesis 17 God reiterates His promise that Abram would be the father of many nations. It was then that God changed his name to Abraham and promised to also give him the whole land of Canaan. Canaan was the name of a large and prosperous country (at times independent, at others a tributary to Egypt) which corresponds roughly to present-day Lebanon, Syria, Jordan and Israel.

Continuing in Genesis 17 when Ishmael was 13 God changed Sarai’s name to Sarah, with the promise that she’d become the mother of nations.  God promised her a son, Isaac; and God would make an everlasting promise with him and his descendants.

Isaac was born to Abraham and Sarah the following year.

In Genesis 21 we read: 8 The child grew and was weaned, and Abraham held a great feast on the day Isaac was weaned. 9 But Sarah saw Ishmael making fun of Isaac. 10 So she said to Abraham, “Drive out this slave with her son, for the son of this slave will not be a coheir with my son Isaac!”

What a scene! This entire story from the book of Genesis reads like a modern-day soap opera. Can you picture it?

Let’s continue in Genesis 21:11 Now this was a very difficult thing for Abraham because of his son. 12 But God said to Abraham, “Do not be concerned about the boy and your slave. Whatever Sarah says to you, listen to her, because your offspring will be traced through Isaac. 13 But I will also make a nation of the slave’s son because he is your offspring.”

So here we read God’s verdict in the situation. God would make a covenant with Isaac.

In ancient middle-eastern culture the firstborn son was the one who normally received a double inheritance and he was the one who’d inherit the father’s role as head of the family.

Here God was telling Abraham to turn Hagar and Ishmael away and that the inheritance would fall on Isaac; surely a root to the jealousy and hatred we see today.

But what was this all about? I’m sure God didn’t love Isaac any more than he loved Ishmael. Ishmael was going to father 12 tribes just like Isaac.

The real promise God was making to Abraham through Isaac’s lineage involved the “seed of the woman” we read about in Genesis 3:15. Through Isaac’s line one day the Messiah (Jesus/Yeshua) would be born. He would fulfill God’s promises to crush the head of the seed of the serpent. Yeshua/Jesus, that seed, would set mankind free from the power of sin and death (Romans 8:2); and therein through Abraham all the nations of the earth would be blessed.

Having this understanding, we need to embrace the Arabs, show them love and acceptance, and pray for them to understand that they too are blessed through the Messiah of Israel. By prayer we need break off all evil forces stemming from jealousy and rejection that the enemy has tormented them with all these centuries.

Let’s not be afraid to share our faith with them and show them the love of Christ that is their’s for the asking.