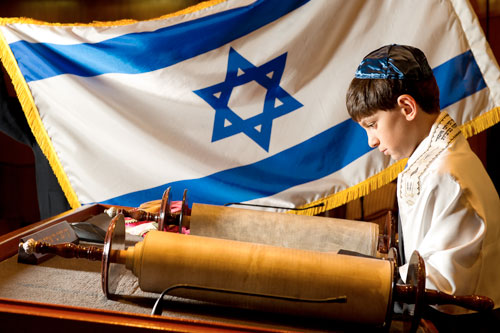 I was sitting in our local congregation one day listening to the testimony of an Israeli orthodox Jewish man who had come to faith in Yeshua. While sharing he explained that as a young man he knew the traditional Jewish prayers and the teachings of the rabbis from the talmud, but he was not taught what was actually written in the Torah, or the Prophets or the Writings (the Old Testament a.k.a. The Tanakh). I knew this to be truth regarding most Jewish People “My people perish for lack of knowledge.” (Hosea 4:6) It was then that the Lord pressed upon my heart to create a website with some of the Messianic prophecies found in the Scriptures.

God wants all people to know the good news about the Messiah and be restored to Himself and saved, Jews and Greeks (Gentiles).

Romans 1:16-17 reads “For I am not ashamed of the gospel, because it is God’s power for salvation to everyone who believes, first to the Jew, and also to the Greek. For in it God’s righteousness is revealed from faith to faith, just as it is written: The righteous will live by faith.”

Jesus/Yeshua came for the lost sheep of the house of Israel. (Matthew 15:24). When He returns it will be because the Jewish People/Jerusalem acknowledge Him as coming in the Name of the Lord. (Matthew 23:37-39). To aid in this, it’s the role of the Church – the One New Man, to provoke the Jewish People to jealousy so that some might be saved (Romans 11:14).

We’re here to help you. Share our website TanakhTreasure.com with Jewish people. Then talk to them about what they’ve read!

It’s a great tool to use to get them to read what the Jewish Scriptures say about the Messiah.

Most Jewish People have never read their holy books.

CLICK HERE to get our free resource regarding witnessing to Jewish people and others.