There are 200,000 – 210,000 Bedouins in the Negev (southern) desert in Israel. Most are practicing Muslims. 90,000 live in villages scattered throughout the region. Though practicing Muslims, some are from Jewish ancestry. You can read more about that below.

Our work with these “Bedouin” people began in 2017.  The Lord continues to open doors for us to share the Gospel with them, and help them in various ways. You can read of our various outreach initiatives below.

We’ve begun one-on-one discipleship with those who have come to faith in Jesus-Yeshua as Messiah, and Lord.

One of many stories that we hear:

One of the women attending our group Bible study confessed to us that she had a dream. In it, a man in white called her name and showed her two windows. One window was where He was and the other was engulfed in flames. He beckoned her to come to Him and not succumb to the flames.

We were able to explain to her what the dream meant and that the man in white was Jesus/Yeshua. We were also able to pray deliverance prayers for her husband, who was tormented by demons. We pray that God gives them both the courage to embrace Messiah and not be afraid to abandon their Islamic traditions. We want them to know the truth, so the knowledge of the truth will set them free!

The impoverished Bedouins live on pennies a day, yet many believe in working and not receiving handouts. They long to see their children educated and hard working. They have a vision for bettering themselves in order to be productive members of society.

These people are some of the “least of these” that Jesus/Yeshua talks about in Matthew 25:40. “Truly I say to you, to the extent that you did it to one of these brothers of Mine, even the least of them, you did it to Me.”

Their lives and situations are truly complex. If you ever feel led to visit us in Israel and reach out to these people with us, we welcome you here!

Before moving to Israel I was involved with a very fruitful ministry that was reaching the Lost Tribes of Israel in various places around the world with the Gospel. You can visit the WORLD-MISSIONS page to learn more.

Imagine my surprise when I started meeting the impoverished “Bedouin” people here in Israel, discerning in my spirit that they were actually from Jewish lineage and finding out this was indeed true!

There are truly hidden Jews in Israel, but God knows who they are; and He wants them to know their Messiah!

The Abu-Judah tribe is one of the main tribes that we’re reaching out to. The Skeikh’s (tribal leader) first wife is from the Mukhamra tribe from Yatta, which is close to Hebron. They’re not Bedouins. They’re from Jewish origin and know that. The woman recalls that when she was a child the older women would light Shabbat candles on Friday night.

People from the Mukhamra tribe still hold many Jewish traditions, including purification rituals that are different from Muslim customs. Also when they bury their dead they leave a niche on one of the sides of the tomb, which is reminicent of how Jewish people buried their dead, leaving a niche for a memorial candle.  When they are sick some bind cords around their hands and foreheads like wrapping tefillin, which is also a Jewish custom.

These people convereted to Islam just 200 years ago to have an easier life and acceptance among the Muslims around them. It’s really an issue of survival. Mukhamra means “the wine maker”. This name reveals their Jewish origins. In Islam there are no wine-makers, as they don’t drink wine! This woman (the Abu-Judah Sheikh’s first wife) has 10 children, many grandchildren and great grandchildren. There are others from Abu-Judah who have married into the Mukahmra tribe and therefore there are many more descendants of the tribes of Israel and Judah living within the Abu-Judah tribe.

The family of a woman we’ve led to the Lord (a single mother of seven children) and are actively discipling, is from the Samoa village in the southern hills of Hebron. Samoa is the biblical priestly town of Eshtamoah. It is known that people coming from there are from Jewish origin. In that village there are still massive ruins of an ancient synagogue.

We are also working with people who are remnants of the Jews from Khaybar. In Islamic history Muhammad slaughtered the Jews of Khaybar in Arabia.  Sadly, until today when Muslims chant things against Jews and Israel they use the phrase “Khaybar, Khaybar, ya yahud.” “Oh Jews remember Khaybar.”

To learn more about the Bedouins in Southern Israel click here.

Support our Outreach Initiatives in the Bedouin communities.

DONATE TODAY
STAND WITH US IN PRAYER 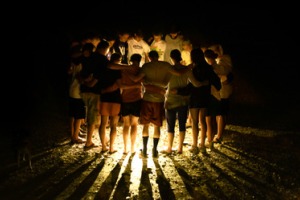 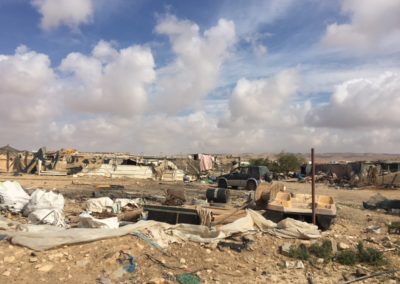 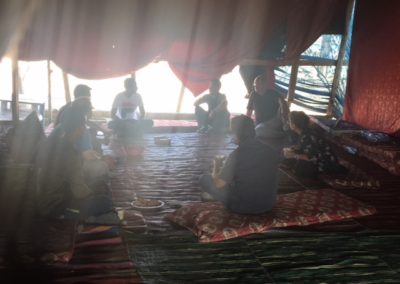 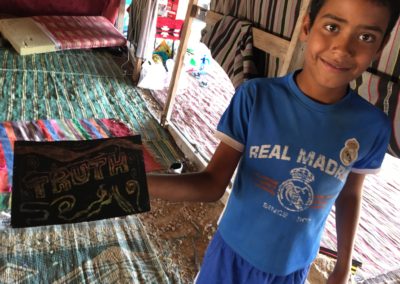 Teaching the children about God’s Love 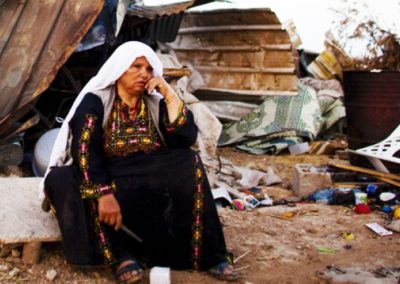 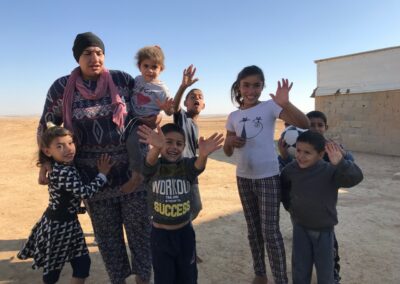 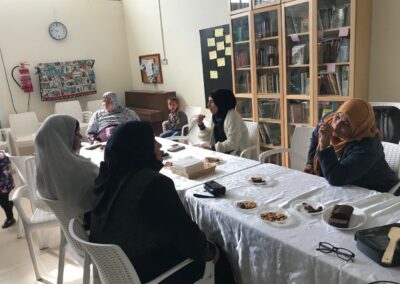 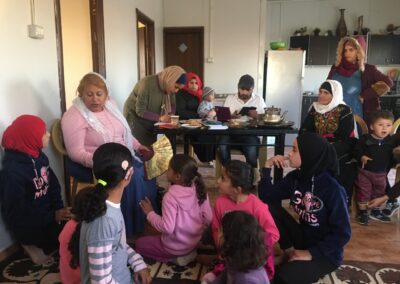 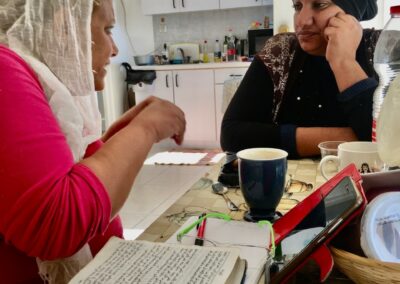 One on One Discipleship